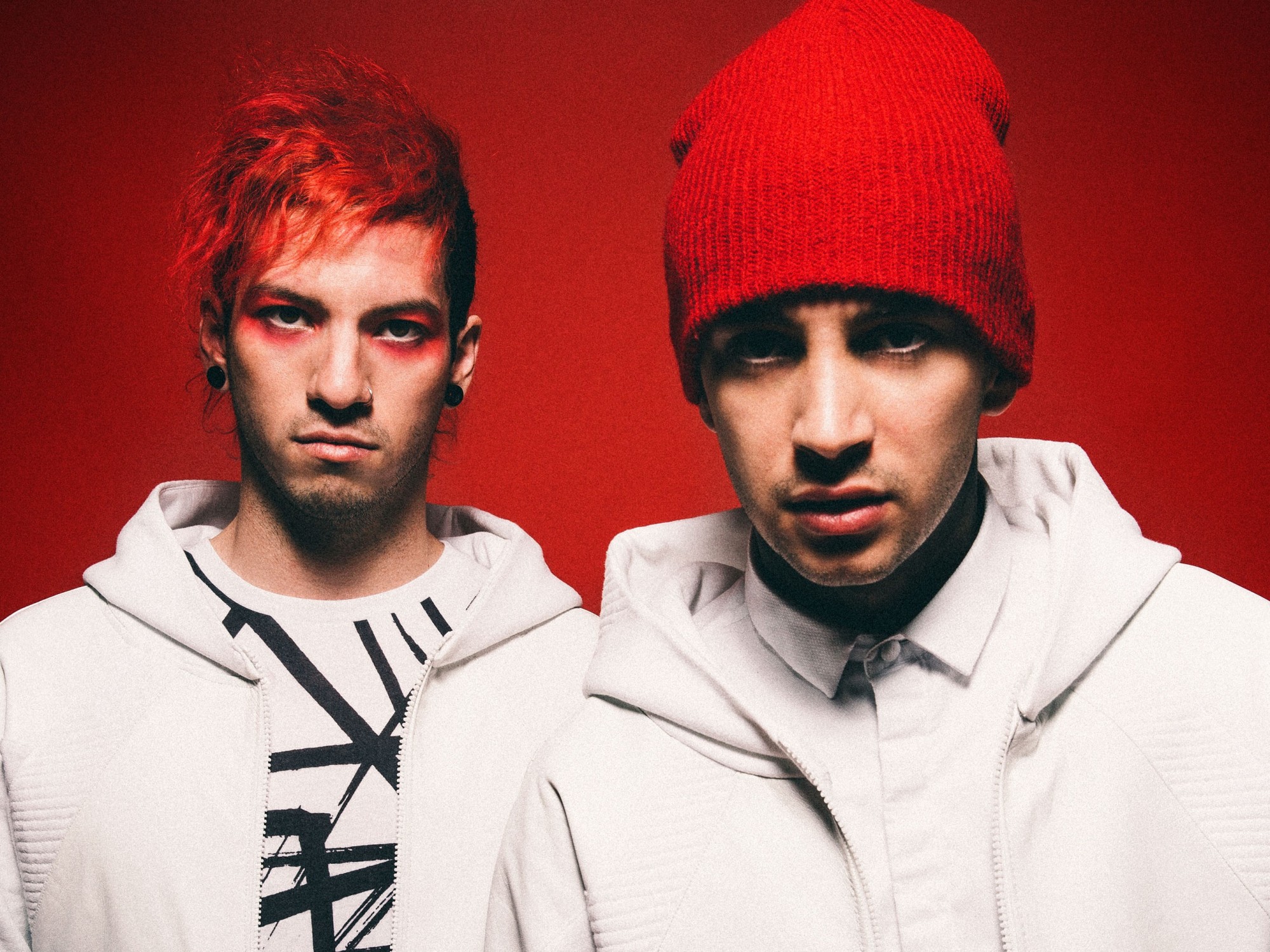 The great thing about being a pop duo that treats genres like a toddler treats Legos is that even your ­mistakes are fascinating. Such is the case with Twenty One Pilots‘ Blurryface, the fourth album by Ohioan road ­warriors Tyler Joseph and Josh Dun, and the follow-up to their 2013 ­breakout, Vessel. In a pop ­landscape where the term “hot mess” has gone from ­pejorative to prerequisite, Twenty One Pilots stand out. Blurryface is about as hot as a mess can get without becoming a toxic spill — even its ­missteps are a gas.

One new musical left-turn stands out: Blurryface is brimming with reggae. “Ride,” “Polarize” and “Lane Boy” all take King Tubby-inspired dub detours; the lattermost becomes especially schizoid, as Joseph frenetically sing-raps over double-time dub before the song explodes into a spastic drum’n’bass confection. “Honest, there’s a few songs on this record that feel common,” he raps, but this isn’t one of them.

These guys may not have to worry about ­banality, but they do have a tendency to ­overreach. “Doubt” sounds like it could be a Chris Brown outtake, and the ukulele-driven “We Don’t Believe What’s on TV” is like a Decemberists song if you force-fed it 20 Red Bulls. Joseph has publicly fretted about finding the sweet spot between experimentation and delivering hits, and on Blurryface the band errs on the side of the former. The result is an album that doesn’t quite reach the heights of Vessel, but nevertheless serves as evidence that one of pop’s most daring duos isn’t about to slow down — even if that means running into a few walls.